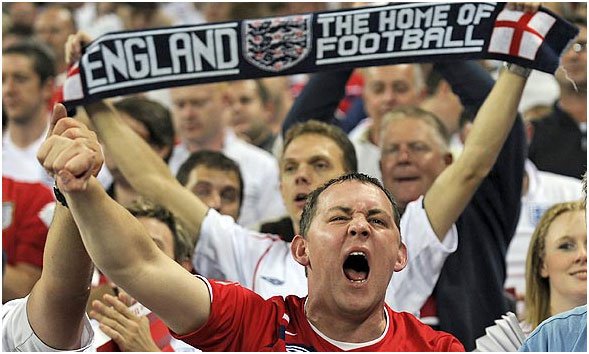 Read the abridged article below and do the exercise.

It was announced on Tuesday that emergency measures had been designed to quell the prospect of violence between Russian and English football fans , with Russia in action on Wednesday and England on Thursday in nearby Lens.

Earlier Russia was sanctioned by Uefa over events inside Marseille’s Stade Velodrome on Saturday, when their supporters charged at the England section after the match. Russia was also warned any further instances of hooliganism inside Euro 2016 stadiums would result in immediate disqualification.

Authorities belatedly advised England fans not to arrive until Thursday to avoid «crossing flows» with the Russians. The plea is likely to be far too late to stop thousands of British fans arriving.

In Lille , as an additional measure, plain clothes officers will assist stewards in keeping order inside the stadium for the Russia v Slovakia match. It is after the game that tensions are likely to be highest.