Technology : a year in review 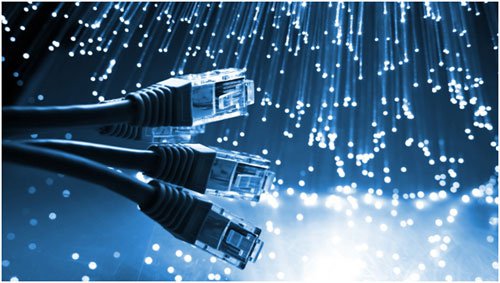 Technology has never been more important than it is today, and it has shaped 2012 in ways that few could have imagined at the beginning.

That’s not just thanks to the gadgets that Britons buy with more enthusiasm than almost any other nation on Earth –every aspect of our lives is becoming connected to the web.

Apple’s shares are up 40 per cent. Google, meanwhile, has expanded into areas that see it challenge Apple much more directly, from music to tablets, while Samsung, the world’s most popular brand, has finally called a truce in the lawsuits it’s fought with Apple. Finally, too, 4G launched to make mobile phone networks faster, although 2013 is when it will become mainstream.

Whatever the hardware, though, the overall trend is for a more connected world: Facebook’s floatation, although not a financial success yet, shows that these are grown-up businesses. The launch of Netflix in the UK indicates that globally, the web is a global platform that people need for entertainment and day-to-day-living, while government and businesses need it more than ever for essential services. No wonder both it and those gadgets have been more controversial – and popular – than ever before.

A host of companies have had a pretty disastrous year – Nokia, Nintendo, Sony and Sharp have all struggled as they’ve been hampered by late or imperfect products. Exacerbating this is a product cycle that’s been speeding up and consequently hastening decline.

It’s been a stellar year for Samsung, and it couldn’t have had a better ending: the firm was named as the most recognisable smartphone brand in the world, bolstered by its performance among other areas such as laptops, TVs and fridges, as well as finally reaching a truce with its long-time rival Apple.

This was always going to be a crucial year for Microsoft – it was launching a new version of its Windows operating system, a new version of its phone software and announcing the updated Office software that will come next year. And all this in the teeth of an increasingly dominant Apple driving the adoption of tablet computers that fundamentally change what Microsoft needs to do to compete. But who would have guessed that the most exciting aspect would be a keyboard?

And yet it was the Surface, a Windows 8 tablet with a keyboard just millimetres thick, that captured the imagination. Perhaps, then, the Seattle-based giant is coming through the difficult times of previous years into a brave new era when it may even become a little bit cool.

Google has had the most mixed year of all the technology giants of 2012: on the one hand it has launched largely well-received devices, including a smartphone, the Nexus 4, that shows what can be done at the relatively low £279.It has also launched rival services to Apple’s iTunes and maintained the startling momentum that makes its Android operating system the world’s most popular.

It’s maintained its cool, too, with products such as Google Glass, glasses which project additional information straight onto the wearer’s lenses.

In March, launching the third generation iPad, Tim Cook, Apple’s chief executive, said his company was just getting started. By December Apple had, among other things, launched a new iPhone, new iMac, new MacBook Pros and - in a surprising move - released an iPad mini and a fourth generation iPad.

You can read the original article here: http://www.telegraph.co.uk/technology/news/9756453/Technology-in-2012-year-in-review.html